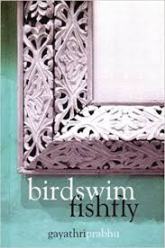 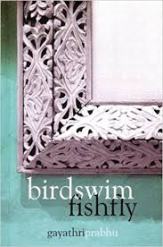 Birdswim Fishfly is the story of a young woman as she travels between memory and experience to reveal a life that is as ordinary as it is exceptional. Aditi discovers early in life that being individualistic is the cause of all her troubles, both at school and at home. Growing up in a cloistered and disciplined family on a university campus in Delhi where both her parents teach, she is also the bearer of a crushing secret. The pressures of living with this secret finally takes her to a remote sanatorium in the Himalayas where both memory and imagination unravel into a seamless narrative.

Aditi’s life is marked by the people who surround her – an idealistic father who has difficulty accepting reality and his many failures; a mother, who having learnt to deny her deep desires, has resolved to harden her children against the heartbreak she knows too well; a young attractive housemaid who loves the forbidden pleasures of her body only to be destroyed by it; and three older brothers who cannot break free from the shadow of a dominating mother.

The witty and insightful girl is constantly pressurised to conform, not just by her parents who have conflicting opinions about using a cane on the children, but also by other authority figures who cross her path and recoil at her irreverence of their rules. Aditi learns to depend on her keen survival instincts and ingenuity to navigate through the world without entirely participating in it.

Is it possible to be an artist without creating works of art? And if one is that artist, then is it possible to survive in an unsympathetic world that believes otherwise?

In telling her story through random tangents, Aditi is holding back crucial details which then converge in a cascade of revelations at the end of the novel. An encounter with an artist who has the calm to stem the rising storm in her helps Aditi find compassion for herself and for those who have hurt her. It eventually brings her closer to comprehending the truth behind an enigmatic family held together for years in an unbroken web of doubt, sorrow, violence and alienation.

When a Teacher Walks

If I had to Tell It Again